The history of the brewery in Velká Bystřice dates back to the 16th century, when the then lords of Bruntál decided to build a brewery in this locality. The production of beer in this part, which historically belongs 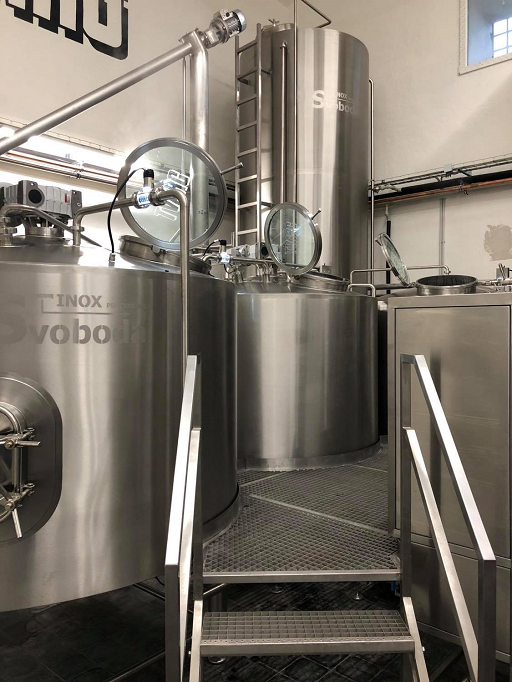 to the royal city of Olomouc, flourished, the main credit for this went to the local pubs and their demand for local beer. Later the brewery passed into the hands of the Olomouc Chapter in 1589. As the property of the church, the brewery all too often alternated with administrators who rented it. This change did not benefit the brewery and was followed by its gradual decline, which occurred in 1943, when it was pushed out of the market by larger and faster developing breweries in the area.

The historic buildings of the brewery were used for other purposes for many years and the area practically fell into disrepair. This state lasted until 2020 when it literally rose from the ashes like the legendary phoenix. A young skillful team of investors, but especially brewers, seized the opportunity and set to work. They used the valuable experience they brought from the successful Kosíř brewery to start a new company in a new location. Of course, the successful project of the Kosíř brewery continues, but it helped to re-brew beer in Velká Bystřice and to build a new brewery TVARG.

The new history of the brewery will now be written by modern technology with a three-vessel Brewhouse with a net volume of 2000 liters, automatic control system and process management. The total annual beer output is calculated at 4 - 9,000 HL beers, which includes mainly traditional Czech-type lager, but also modern beer types such as IPA, APA, ALE, sour beers and fruit beers. Beer will be available in classic kegs for pubs, in glass bottles and party kegs for anyone who comes from the street. Bottle filling is ensured by a new automatic filling machine with a capacity of up to 1800 bottles per hour. Everything about beer that interests you, from production to technology, will be on display during tours of the brewery. Of course, there will also be a beer tasting directly from beer tanks at such a tour.

TVARG Brewery was and is a matter of the heart of our company. Not only because we are jsut 30 km apart, but also by the enthusiasm for the thing has that accompanied the whole project. We are very grateful to all investors that they decided to cooperate with our company INOX Processing - SVOBODA.