The role of brewer's yeast in the beer production process is to convert some types of sugars, such as maltose, sucrose and raffinose, which are present in the wort into ethanol and carbon dioxide. During 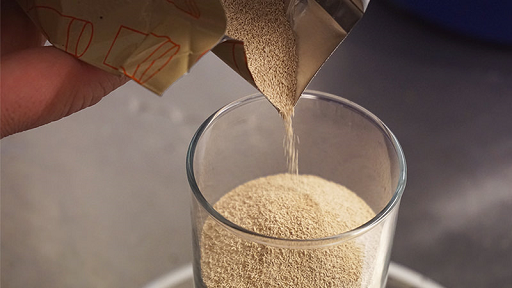 fermentation, by-products such as esters and higher alcohols, which are desirable in some types of beer (Weizen, Ale), appear in smaller amounts and in some not at all. Thus, alcohol is produced thanks to yeast.

The top-fermenting yeasts work optimally at a temperature of 15 - 25 ° C, at which higher the above-mentioned aromatic substances (esters) are also produced. This is the reason for the fruity aroma of top-fermented beers. For yeasts used for bottom fermentation, the optimum temperature is 8 - 12 ⁰C. This method of fermentation does not produce aromatic esters and the resulting beer has primarily a hop and malt flavor and aroma.