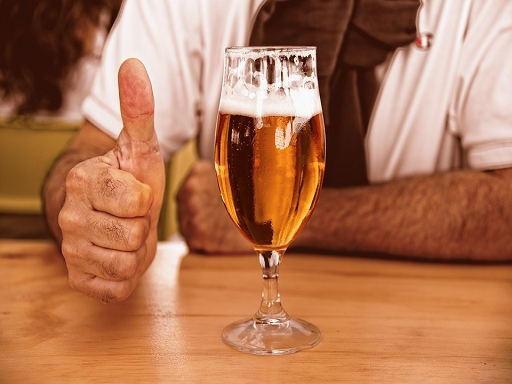 The history of brewing has been broadly similar throughout Europe and has been closely linked to the development of agriculture, with the transition to a settled way of life an important turning point. In those days, mead was the most popular alcoholic drink and later also fermented beverages from grain, while the addition of herbs and then wild hops were applied in their production. Mainly due to the increase in grain yield, beer began to push mead. In the early Middle Ages, beer was basically brewed by all the townspeople and, of course, by the nobility. Gradually, however, the right to brew was limited, the number of so-called “houses with brew rights" declined, and in the brewing industry, the members of the lower nobility, who were competing with the city breweries, started to push for themselves. At that time, the beer was brewed in different quality, the raw materials used and the alcohol content could vary greatly, and the raw materials were often sparingly different, not to mention the final influence of the pubs on beer quality.

Until 1842, almost all the beers were top-fermented for centuries before the small revolution, which was prompted by the big dissatisfaction with the quality of the beer brewed at the time. Pilsner Brewery was founded. Plzen entrepreneurs (at that time, so you could say without exaggeration), they radically dealt with the situation not only by building a new breweries, but by inviting quality brewers. The first of the brewers was named Josef Groll, he came from Bavaria and from there he also brought with him rarely used technological process and also special yeast. The use of new technology, special yeast, "Žatecky" hops and, last but not least, soft Pilsen water created an unprecedented quality and taste beer, and when Josef Groll finished his business in Pilsen, he was hired by other breweries and soon it was stopped brewing beer in the old way and everyone switched to producing pilsner lager. In 1841 there were 1052 breweries in the Czech lands and the bottom fermentation technique was used only in 15 of them; in 1884, while in just 23 years number of breweries decreased, there were only 927, but what is important is that the bottom fermentation method they no longer used only 2 breweries. The beer market has changed hand in hand with the taste preferences of its drinkers.

The Pilsner-type beer still retains high popularity and not only is it the most common and popular beer type in the country, but also in the world.