14. 02. 2020
Beer, as a beverage with specific characteristics, should also be appropriately packaged, with the packaging having a not negligible influence on the taste of the beer and the overall enjoyment of drinking beer. 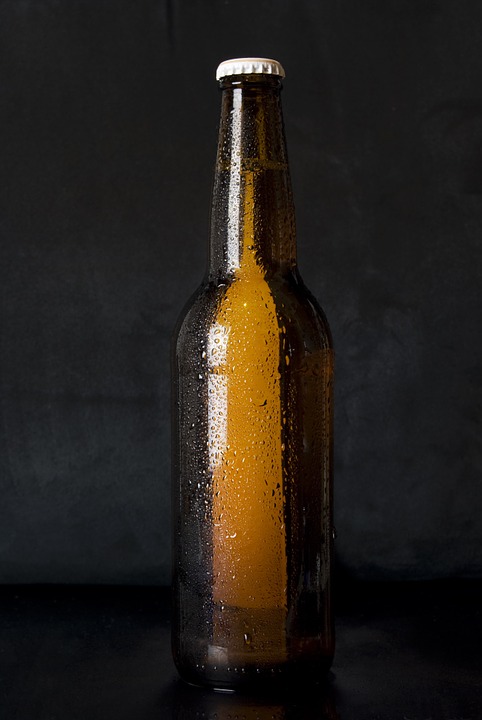 Until relatively recently, beer was only sold in returnable glass bottles on the retail network. However, today we have more types of packaging, each of them has its pros and cons, and each of them has its supporters and opponents among the producers, but also among the beer makers themselves. Each type of packaging must, of course, meet the requirements of food contact (health safety) and must also provide sufficient protection from external influences in order to maintain the quality of the content. Here we will zoom in a little 4 types of packaging namely glass bottle, can, PET bottle and small party keg.

Returnable glass packaging - bottle, or irreversible variant, is still the most used container for beer. For many beers, beer in the glass, popularly known as a bottler, is something like the Holy Grail and still can't be allowed to go on. Glass bottles, i.e. returnable ones, are relatively environmentally friendly because they can be used more than once (usually 8 - 12 cycles of use) and glass is generally well recycled. Larger breweries, however, can afford to fill beer in returnable bottles, given that the entire system is very demanding in terms of logistics and storage and production space. Glass is a tasteless or odorless material, used in brown or green tint, with the aim of reducing the light transmittance, which degrades the quality of the beer. A brown bottle reportedly absorbs up to 99% of light. The bottles are closed with an airtight metal "crown" plug, which can have different diameters, most often 26 mm with 21 notches, but today they are produced with a larger diameter of 29 mm, but the material still remains galvanized sheet metal. Especially in some beer specials we also encounter a patent closure, which is reclosable and most often transported in plastic containers called basses of 20 pieces.

Beer in an aluminium can is wrongly rejected by many beer-makers, claiming that this packaging is a beer of lower quality. Of course, this is not true. The cans began to be filled in 1935 in the US and Europe soon followed, and although the can may never reach such popularity in the Czech Republic as in the US, it has its indisputable advantages and advantages. Compared to 350g, which weighs an average pint beer bottle, the aluminium can, on the other hand, weighs only about 80g, and aluminium is also essentially infinitely recyclable. Another huge advantage is that the beer in the can can be cooled much faster and, moreover, the can also does not let any light at all. Some say he bothers "metal taste" when the mouth touches the can, which of course can be solved by pouring it into a glass, but it is more individual and emotional.

PET bottles have been used relatively recently for beer packaging. They are the domain of rather cheaper “folk beers” and offer mainly volumes of 1.5 and 2 liters. The use of plastic bottles seems to be anachronism due to their environmental impact, but their popularity is increasing, especially in Eastern Europe. Although there is no risk that they will completely squeeze out glass bottles or cans, perhaps also because the PET bottle somewhat degrades the overall impression of product quality through its aesthetics. However, they are light and in large volumes will still be popular especially in the summer with various picnics, barbecues and trips to the cottages.

Do you have a party, celebration, or just "ordinary" sitting with friends in private, would you like a draft beer, but you do not have the opportunity to arrange a bar, cooling and tapping equipment? In that case, the party KEG is the ideal solution. Basically, it is a smaller metal barrel, most often with a capacity of 5 and 10 liters with tap to tapping, while cooling comfortably provide a larger refrigerator, water bath, or cold cellar. Elegant, comfortable and increasingly popular among beers and those who enjoy beer occasionally.

No doubt we all agree that beer is best served from a good pub in our favourite pub and enjoyed in a circle of friends, but if we do not have this option, there are still plenty of opportunities to indulge in a delicious golden drink.