„Beer is proof that God loves us and wants us to be happy.“  (Benjamin Franklin)

Beer is a very ancient and noble drink and the history of its production goes back to the ancient Sumerian Empire. 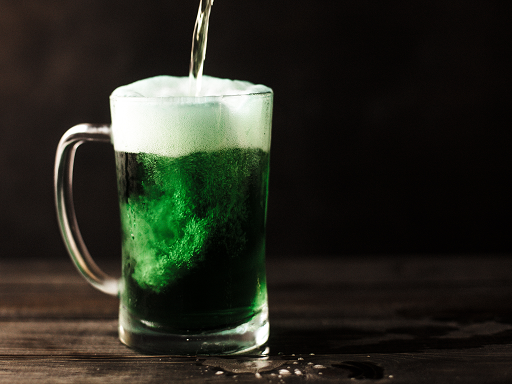 Obviously, the beers at that time, of course, differed significantly from the present. And the way to the beers of the current types was still very long.

The theory says that beer is a bitter alcoholic beverage, made from malt, water and usually (though not necessarily) also from hops. Nowadays we can exaggerate it as a beer renaissance. The variety of different types of beers and brands and, last but not least, the number of microbreweries, gipsy brewers and craft breweries is truly inexhaustible and is definitely a great choice. One of the special species is also in our part of the more popular green beer offered on Passion Green Thursday. Some breweries are also preparing it for St. Patrick's Day. This beer has its color, in addition to the reminder of Christian holidays, also evoke the coming spring.

The tradition of drinking green beer on Green Thursday is not long at all, it started in 2006 in Brno and the first green beer, started to brew Starobrno brewery. Starobrno beer is usually brewed in two mashes (mashing is the action of malt enzymes mainly on starch and proteins contained in malt and their decomposition into fermentable sugars) and the bottom fermentation lasts 8 days. As for the origin of the green color of the beer, more honest breweries dye their beers with extracts of herbs, especially from nettle. However, there is also dyeing using the so-called Brilliant Blue, a synthetic dye obtained from coal tar, whose health effects are at least questionable.

Other breweries that produce green beer in our country, whether on Green Thursday or St. Patrick include: Litovel Brewery with its green specialty Patrik 11⁰, Podklášterní Brewery Třebíč and its Green Riding Hood, Strakonice Brewery Dudák with its Green Special, but also for example Jihlava Brewery and minibrewery Purkmistr.

Green beer, especially for St. Patrick's Day, is also drunk elsewhere in the world, but is usually prepared from light beer and green food coloring, either mixed directly by the consumer or brewed by the beverageery and Purkmistr Brewery.