There are currently four basic raw materials used in beer production: hops, water, wheat or barley malt and yeast. Malt is an absolute must for beer production. Malt is made from different types of cereals, but 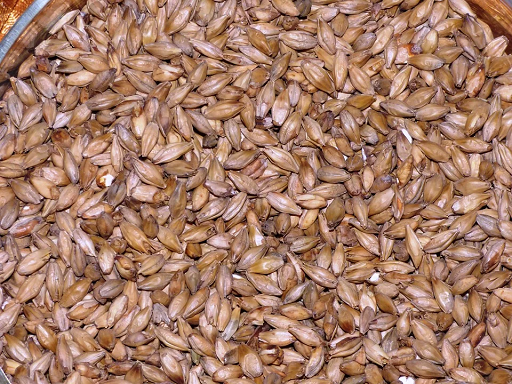 barley is most often used. Barley seems to be the most suitable malt cereal, both for taste reasons, but also because the individual grains are each individually coated with husks, so-called hulls, which are good for filtration.

When brewed, carbohydrates / sugars are released from the malt, the fermentation of which produces alcohol. Residues of unfermented sugar and other substances give the beer a specific taste. Some species and types of beer contain a proportion of malted or unsweetened wheat. Sometimes rye or oats are also used in smaller quantities, which will have a significant impact on the resulting beer taste. When oats are used, the beer is more cloudy, finer and foams better. On the other hand, the addition of rye to the malt enhances and roughens the taste.

Sometimes sugar is added instead of malt, which has happened in the past, especially in situations where beet sugar was cheaper than malt. Although it may seem inappropriate to us and it is actually against the rules to produce certain types of beers, sugar is sometimes added to increase the volume of alcohol - this process is called surrogation. Surrogate is commonly used in the production of strongly alcoholic beers such as. Belgian Strong Ale.

Other malt raw materials that are more common than in our country in the world (Asia, South America) are rice and corn. Both raw materials are used as a substitute for malt in the production of light lagers or other fermented alcoholic beverages.

The complex sugars contained in the grain are not able to be decomposed by the brewer's yeast, but the simple sugars on which the complex sugars are decomposed during germination can already be broken down by the brewer's yeast. Therefore, ordinary grain must become malt. In the malt house, grain is first screened and cleaned. During this process, poor grains are discarded. The next step is to soak the grain so that it is subsequently germinated. In the next process, the germination is interrupted and the malt is subsequently dried with dry air and different types of malt are produced according to the length and temperature of the drying: Bavarian, Pilsner, caramel, Munich… The germ is removed and the malt is stored.